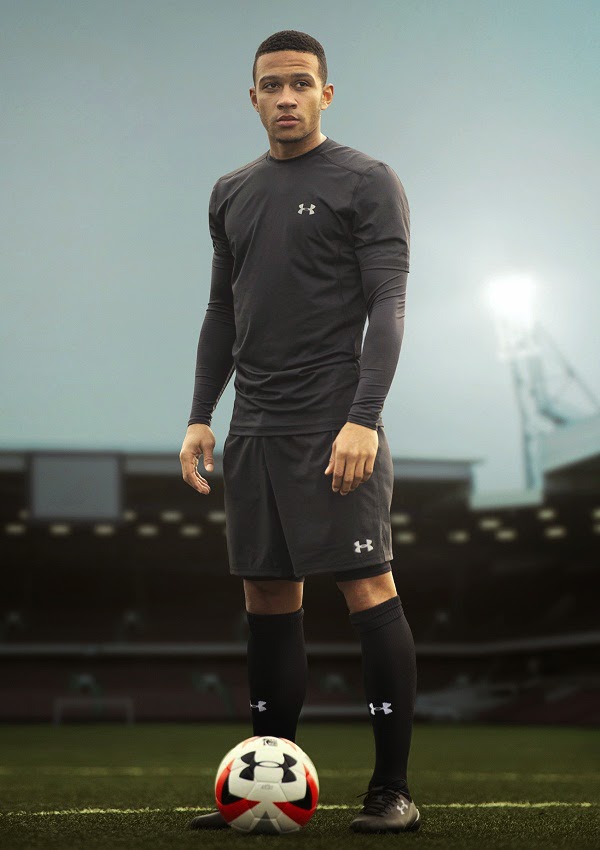 Nationality: Dutch
Team: Manchester United FC
Position: Winger
Height (in metres): 1.76 metres
Weight (in Kgs): 80 kg
BMI Ratio: 26
Memphis Depay’s transfer to Manchester United was filled with speculations and expectations, but apparently he still remains one of the most disappointing transfers plaguing Manchester United. And now that Depay has been classified overweight by the NHS, people are quick to connect the dots. Perhaps Van Gaal should force him to hit the weights and get those flabs burned- maybe then he’ll become the agile player that Manchester United thought him to be.

10. Horrible Goalkeeping FIFA 15 is purely a striker’s game. No matter where your player might be, there’s always a chance for you to score goals (and likewise in terms of conceding them as well). Also, most of the times, the woodwork can either be your worst enemy or your best friend because it’s almost […]

#10. Alan Shearer – Manchester United How different would the Premier League have been had these transfers gone through? These are the deals which will forever remain unfinished and leave many people with a lot of regret. The first on the list is the top scorer in Premier League history who came very close to […]

Bayern Munich striker Thomas Muller has had a tough time this season for the Bavarians, scoring only five goals in all competitions and seeing his playing time plummet under Carlo Ancelotti. With Polish superstar Robert Lewandowski entrenched as Bayern’s starting striker, Muller could be moving on in the summer. ​ According to Spanish newspaper Mundo […]

Top 10 Footballers With The Wackiest Hairstyles

10. Rodrigo Palacio Rodrigo Palacio’s head reminds you of sperm, with the big bulky head and that small tail behind. Apparently, his team members at Inter Milan use to pull his “thing” when they want to wake him up, when he doses off to sleep in between matches when he’s in bench. It’s ironic to […]

Antonio Conte is currently going through a bad season at Chelsea, after he set the standards very high for himself last season with a dominating Premier League triumph. The Italian just witnessed his side shockingly going down 3-0 at home to Bournemouth this Wednesday, which means Chelsea are now fourth on the table with just two […]

Top 10 Footballers Who Destroyed Their Careers

#10. Radamel Falcao He was once the most lethal forward on the planet but Radamel Falcao’s career went on an almighty nosedive. Go back to his time at Atletico Madrid and Falcao was amongst the best players on the planet. He scored 70 goals in just 91 matches for the club during two seasons, helping […]

#10. His Good Looks What a good looking face he has! The Portuguese international is one of the most attractive footballers around, however that is one of the reasons why he is hated. Supermodels may love it but it also gets on the nerves of the people who dislike him. Many a times have people […]

7 Players Who Destroyed Their Careers By Joining Another Team

#7. Jack Rodwell Very early in his career at Everton, Jack Rodwell showed football fans just why David Moyes held him in such high regard. The stylish midfielder’s exploits for the Toffees meant that he was going to become a huge star for the England national team in the future and in 2012, Manchester City […]

#9. Lionel Messi: Football One would imagine that a person of Messi´s caliber would have all the wealth in the world to hire the best stylists. Unfortunately, the man couldn´t be bothered with the clothes he wears. Every time he makes appearances in red carpet events, Lionel Messi always seems to get it wrong. Over […]

Football and injuries go together like peanut butter and jelly. To often we fear our favorite players fall from grace, unexpectedly, shockingly and disappointingly, by unfortunate circumstances. There are guys like Tomas Rosicky, Thomas Vermaelen and Ledley King who would’ve been sure fire greats if injuries didn’t get the best of these players. Then you […]