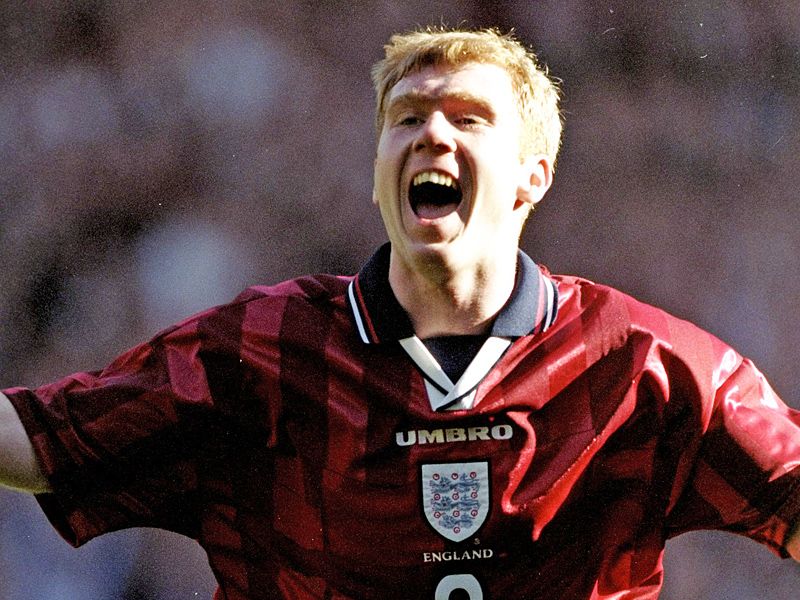 England went through a golden generation after the turn of the millennium whereby the squad was filled with world class talent who still weren’t able to win their first major honour since 1966. About half of that generation came from Man Utd and thee was a perception that the same passion wasn’t shown for England as it was for Man Utd. Paul Scholes is an example of a player who did it week in, and week out for his club but never seemed to play well for England on a consistent basis, with his early retirement annoying many England fans.

Top 10 Most Tattooed Athletes In Sports

10. Anderson Anderson was bought from Porto FC by Manchester United after showing a string of impressive performances. He was an attacking midfielder who loved to run forward with the ball and pass it to his teammates. However, what he lacked was the level of fitness that you need to survive in the English Premier […]

10. Lech Poznan You may not even have heard this name- but did you know that the club is named after the legendary ‘founder’ of the Polish nation- Lech. It is the most popular football club in the greater and developed region of Poland and hence- have the strongest support as a football team. They […]

Liverpool boss Jürgen Klopp said Friday that he is confident Emre Can will extend his contract with Liverpool. The midfielder has had a hot-and-cold season at Anfield but made headlines the world over with his fantastic bicycle-kick game-winning goal last weekend. Klopp seems to feel the goal had an impact. “After his bicycle kick probably […]

10 Players In The Game Who Could Use a Transfer

#10. Juan Mata Juan Mata is undoubtedly a quality player. Mata is technically excellent with both feet, has great vision, and an ability to score goals which makes the Spaniard one of the best attacking midfielders in the world. However at Old Trafford, Mata’s career seems to have stalled. He’s being played out of position […]

Cristiano Ronaldo to Become a Father of Twins

According to the Spanish newspaper AS, Cristiano Ronaldo is set to become a father once again as he is now expecting twins through surrogacy. The Portuguese superstar is reportedly dating Spanish model Georgina Rodriguez since the summer. However, she will not be the one pregnant with his children. Ronaldo is expecting two baby boys from […]

Manchester United captain Wayne Rooney is set to miss out on Europa League quarterfinal first leg clash with Anderlecht with an ankle injury, revealed by manager Jose Mourinho on Wednesday. The forward has missed out on the club’s last two games, and did not travel with the squad to Brussels for tomorrow’s match. When asked […]

Just two days after explosions went off near Borussia Dortmund team bus, German prosecutors have issued an arrest warrant against an Iraqi man. The 26-year-old, who arrived to Germany via Turkey last year, is believed to be a member of Islamic State. The suspect, identified as Abdul Beset A., served as a member of Islamic […]

#9. Cristiano Ronaldo and Marcelo You will hardly see Cristiano Ronaldo making celebrations without his buddy, Marcelo. They are always publically seen cooking up jokes among themselves. They had their ups and downs of life in 2012, when Marcelo quoted in the social media that Messi was the best player in the world. It is […]